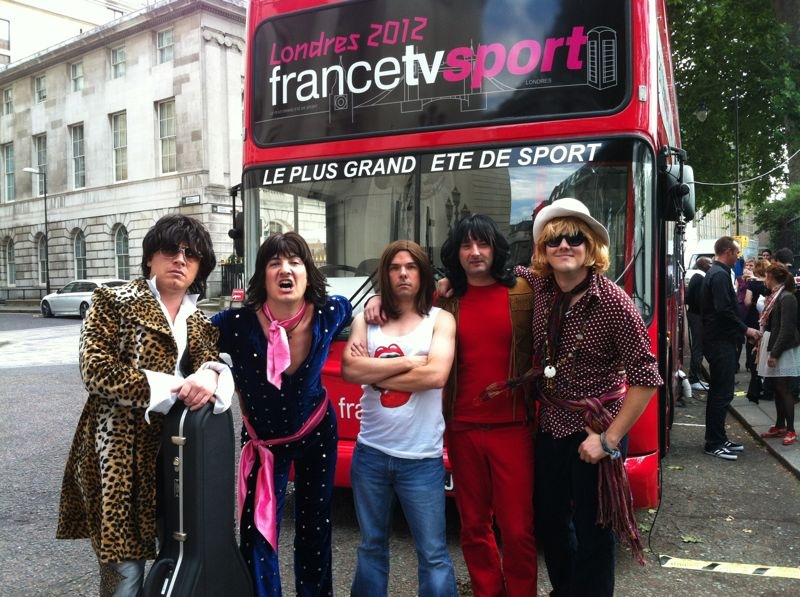 August 2012 after we had just performed live on French TV on a bus which was situated by the Tower of London, we played ‘Satisfaction’.

The legend which is Jimmy Cliff also played on the breakfast programme. 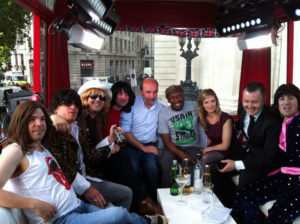 Following our performance I ate 8 pain au chocolate on the bus; we all then went for a coffee afterwards to Weatherspoons still in costume whilst the Olympic marathon was about to get underway.