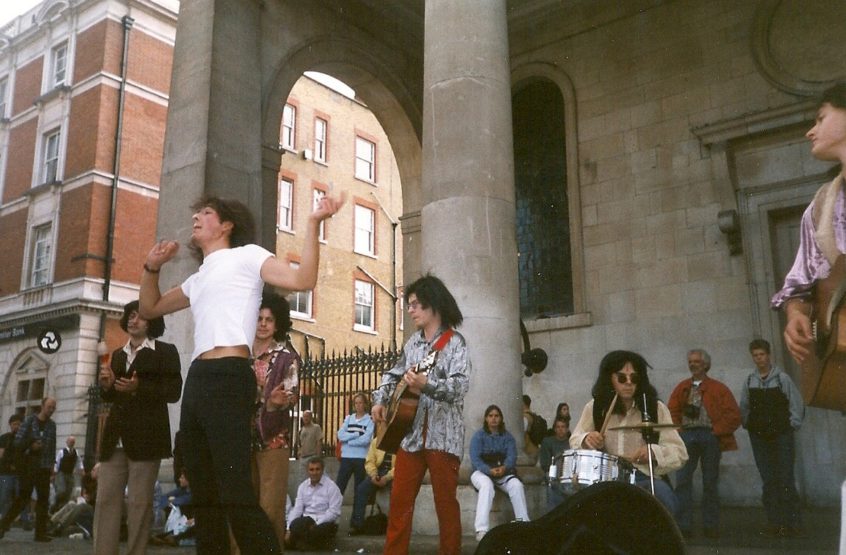 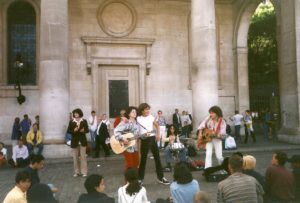 The Rolling Stones Now (when they were known as the Strollin’ Bones) were the first band to play under the arches in Covent Garden, London on the 22nd August 1998 after applying for permission from Westminster council. The 30 minute acoustic set kicked off at 4pm and comprised of Satisfaction, Brown Sugar and Jumpin’ Jack Flash amongst others.
Following their performance they played their first public gig at the Rock Garden – now the Apple store.